Mark Guiliana on Bowie’s lasting influence, future collaboration and the direction of the jazz quartet

Mark Guiliana is arguably one of the most respected drummers in contemporary music, having won the 2018 readers poll in Modern Drummer Magazine’s jazz category and toured the world specifically to educate and enlighten, through drum clinics and masterclasses. But skill alone doesn’t maketh the artist: Guiliana has established several groups, each with a distinct and compelling sound, written some astonishing instrumental music and collaborated with a host of inspirational artists such as Me’shell Ndegeocello and David Bowie.

His jazz quartet, featuring saxophonist Jason Rigby, bassist Chris Morrissey and pianist Fabian Almazan is one which continues to garner widespread acclaim. They prove that, almost 60 years on from the recording of some of contemporary jazz’s greatest albums, progressions can still be made within the acoustic quartet framework, providing that the compositions and performers realising them, are of the utmost quality. It was our pleasure to catch up with Mark ahead of his return to Band on the Wall with the jazz quartet in April. We began by discussing how Blackstar, the final David Bowie album, affected the relationship he has with those who joined him in creating it, before discussing collaboration and the quartet.

You’ve just completed a short residency in New York with Donny McCaslin’s group. Does playing with Donny, Jason and Tim still elicit memories of the Blackstar sessions and do you believe that the project has been enough to galvanise the band for many years to come?

‘Yes, we just finished a week at the Vanguard with Donny’s band. It actually wasn’t Tim playing bass this week (schedules didn’t allow for that to happen) so we had Nate Wood playing bass. But yes, anytime we get together as Donny’s group our Blackstar experience is in kind of, ‘in the air’. I think it’s really always with us, even individually, but it’s certainly magnified when we get together. We don’t need to be playing that music specifically, or even be talking about it amongst ourselves, but there’s a certain energy and spirit that’s in the air.’

Your collaboration with David has proven to be a gift that keeps on giving, both creatively and tangibly. Can you tell us more about the inspiration behind your decision to majestically rework his composition Where Are We Now? at the end of Jersey and also the beautiful commemorative plaque you recently received in relation to the Blackstar LP?

‘Jersey was the first record under my name to come out after David’s passing and it was very important to me to pay tribute to him. It’s really just to say thank you. I wanted to do it in a way that was quite different from the sound of Blackstar, so the jazz quartet was a really nice, acoustic environment. I just loved that song – we played it as more of a ballad than it appears on The Next Day and it just felt right to have it conclude the record. So again, more than anything else, it was a thank you note to him for the incredible experience of getting to work with him.’

You’ve collaborated with the likes of Brad Mehldau, Gretchen Parlato and Avishai Cohen previously. Have you any other collaborative projects in the pipeline and having recently crossed paths with fellow drummer Antonio Sanchez, could you envisage to two of you ever working together or exchanging musical ideas?

‘Working on something with Antonio would be incredible, I must say! We’re very good friends and I really look up to him, always have, so I’d love to work with him. I have no idea what that would sound like, but maybe we would find something interesting. There’s nothing too specific, but I worked last year with another drummer named Matt Cameron, who is from Soundgarden and also plays in Pearl Jam. He made a record where he was playing guitar and singing and he asked me to play drums – that was a dream come true collaboration. We plan on trying to make some more music together in the near future as well.’

Shortly after releasing Family First you and the band shared a companion disc of alternate takes. Assuming you weren’t dissatisfied with the original album takes, did you feel you had more to say with compositions like ABED and The Importance of Brothers and expanding on that, do you feel like compositions are truly finished or always open to reinterpretation?

‘I was having a difficult time choosing the right takes, or what I thought were the best takes, for Family First. With the way these guys play, every take has something special! It was on my own label so I had that kind of flexibility to release some alternate takes and I also took that opportunity to make it sound a bit different. It was mixed in a different way, using different microphones combinations and things like that, so it was more about trying to share a more complete picture of the band on that recording session.’

The synchronicity yourself and Chris achieve on the track One Month is a prime example of your musical relationship and respective talent. For the non-musical listener, what goes into achieving those results – is it simply a case of memorising the sequence and hoping you lock together or is it more to do with your focus and preparation to play in any given moment?

‘For a song like One Month, because there’s so much detail, I wrote out a chart for the guys and also had a home demo – so I gave both a visual and audio representation to the guys. Then it’s really up to them as regards the best way to internalise it. I know Chris really likes to learn by ear – he’s a great reader, but he likes to memorise everything. It would be very, very rare that you catch him on stage reading music, it’s one of the things that I love about him! He’s very dedicated and committed to memorising the music and I think that can lead to really nice, connected moments on stage.’

Experimentation is important to you and presumably important to your bandmates as well. That said, could you envisage yourself, Chris, Fabian and Jason ever gravitating away from the acoustic style that has defined the jazz quartet, or do you feel it will always be the bedrock of your work together?

‘I wouldn’t rule out the idea of incorporating some other sounds in the jazz quartet, but the intention from the beginning was to create this acoustic environment and I feel pretty confident to stay in that, mostly because I have other outlets for other ways of playing. Specifically my band Beat Music. That’s the more electronic/experimental environment and I’m currently working on a new recording for that band. Because I have these different outlets I think I can bring my best self to each environment and let them truly be what they need to be. I wouldn’t rule it out but for now, I think the original intention and challenge will be retained.’ 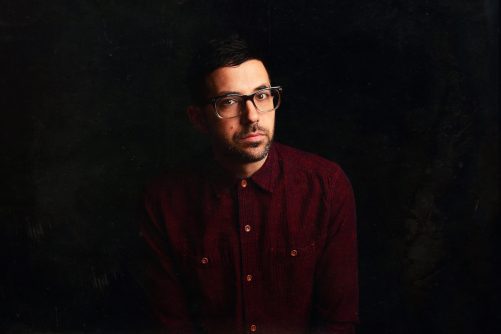 World of Music Journeys at Home – Our Saturday Morning Music…