‘The walls and records got wet from the heat’: DJ Krush on his early Mo’ Wax tour, aesthetics, and his Spring dates in Europe

It may seem difficult to believe, but Japanese producer and hip-hop technician DJ Krush has been involved in music for over 25 years! First inspired by Wild Style, the early-eighties film and soundtrack encapsulating New York’s hip-hop culture – he developed a unique mode of artistic expression and rode the crest of the ‘90s wave. Krush released his debut album Strictly Turntablised on Mo’ Wax in 1994, touring alongside his label mates that same year. Ahead of his return to Band on the Wall next month, supported by DJs Joe W of Mind on Fire and Lowell of Out of Quiet, we asked DJ Krush about his memories of the Birmingham show, before touching on releases, aesthetics and 2018 plans.

You’ve been visiting the UK for almost 25 years. One of your earliest known UK sets, recorded at the Custard Factory in ‘94, is a special artefact to listen to! What keeps you coming back to the UK and do you have fond memories of your time with Mo’ Wax during the early ‘90s?

‘I feel very embarrassed listening to the DJ set from back then…Mo’ Wax at that time was a label that tried to break boundaries and convention, creating new ways to build sound and art. The mentality was reflected in my music and I tried to find a new way as well. It was a time when a lot of new, inspiring music was born. Autumn of 1994, I went on the second Mo’ Wax tour and played with DJ Shadow for the first time in Bristol. The venue was packed and it had no ventilation system. The walls and records got wet from the heat of the audience and I couldn’t scratch at all. I thought for a minute that if I scratched while electrocuted, that would become a new move that no one had done before! One thing I want to say from those times: I want to thank Paul Bradshaw, the editor of London’s jazz magazine ‘Straight No Chaser’ for spreading my music in the UK for the first time.’

KISEKI features a selection of Japanese rappers, making it the first ‘rap’ album of your discography. Why was it the right time to make a rap LP, 25 years into your solo career?

‘Here in Japan, a lot of young people are doing rap battles and it’s so popular that there’s a TV show. Unlike before, there are a lot of rappers with various styles and they’re spitting their talents through the microphone. I thought this would be the right timing to do the rap album. KISEKI is made with the help of Japanese rappers’ power and words, to convey DJ Krush’s world of sound to the younger hip-hop audience. It had to be all Japanese. I feel like I came back to my roots.’

Your Krush x SheOne KISEKI tees commemorating the UK release are a thing of beauty! What informed the spray can design and what did the design process involve?

‘I really like SheOne’s work too. Thanks to Gamma Proforma!’

Mary Joy Recordings are one of only a few labels to release hip-hop from both the U.S. and Japanese underground – have you any favourite releases from the label and do you have any favourite compilations or mixtapes to share with British listeners, that can introduce them to Japan’s underground scene?

‘This label releases quality music, so everything is good!’

Japanese culture and aesthetics have become increasingly popular in the West and here in Britain in recent years. What do you think is the most important thing the world can learn from Japanese culture?

‘Japanese people tend to like an aesthetic that’s hidden, not superficial. For example, we find beauty in the moment right before the cherry blossom and how the petals fall from the tree. There’s also a traditional pottery repairing craft called Kintsugi. They use lacquer mixed with gold and silver and repair the cracks. It’s very interesting so please check it out. We can feel the distinct Japanese sense of ‘Wabi-Sabi’ in the craft. I think this kind of Japanese aesthetic is reflected in my music.’ 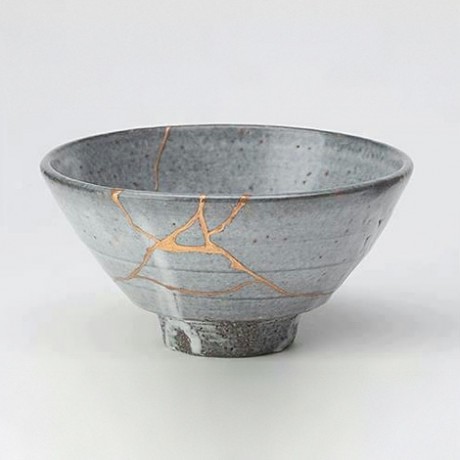 Does the success of hip-hop in the mainstream – at the GRAMMY awards and on festival stages – represent true success and a healthy scene to you? Or would you like to see change within hip-hop and underground electronic music to help more producers and DJs realise wider success?

‘There are many different kinds of music and ears. People should just listen to whatever they want and express whatever music they like. I’m just trying to make music that touches people’s’ souls and keep moving forward.’

What are your plans for 2018 and are there any projects or ideas you would like to instigate?

‘[I’ve got a] new all-instrumental album called “Cosmic yard”, dropping on March 21st. We have two Russia shows to kick off the Euro tour on March 23rd, then Manchester on 29th. Please check my Facebook page for tour details.’