Plucky and poetic three-piece Prose wear their Mancunian identity on their sleeve. Having come of age in the shadow of Stretford’s world-famous football stadium, their love of Manchester’s football and music culture; from its grass roots to its stadium-packing pinnacle, has shaped Prose into a relatable band with a down-to-earth demeanour and gritty sound to rally behind.

Vocalist Mike Murray, guitarist Lee Royle and bassist Dave Stone might have begun with a modest bedroom setup, but they’re now frequenting one of Greater Manchester’s finest studios, as they collaborate with some of its sharpest classical players in the form of Manchester Camerata, to create their forthcoming EP Empty Hands. With a developing sound and intensifying live schedule, keyboardist Matt Wilde was a tailor-made addition to the group, given his musical talents and insider knowledge of Manchester’s creative industries. Ahead of their EP launch at Band on the Wall next month, which sees Matt returning to the venue so integral to his own musical story, we caught up with him to discuss the EP’s recording process and his emotions ahead of its launch show. Our conversation begins on his introduction the boys in the band…

When did you first become involved with Prose, did you know the boys prior to playing with them for the first time and what first drew you to their music?

I’ve known Mike for years. We grew up near each other and we met through music towards the end of high school. Mike started making music with Lee and Dave but I didn’t meet them until I started going to their gigs. It wasn’t until 2015 when the boys asked if I’d play keyboard for them. Since then, we’ve played loads of gigs and started writing music together. I’ve always been a massive fan of Prose since the beginning.

People have described Prose’s music as being like a mixture of Oasis and Eminem but I reckon that’s only half true. The style is more than a mashup of genres (rap, indie, rock etc). I’ve heard people doing the rap meets indie guitar thing but i’ve never thought it works. Prose make it work because each member of the band has had similar life experiences. The result –  music that is authentic and unique.

Recording sessions for Empty Hands have been taking place at Blueprint studios in Salford; how has it been recording there, are the sessions going well and have they required you to step out of your comfort zone to meet the demands of the music?

Blueprint is one of the best studios I’ve recorded in. We’ve almost finished the new EP and we’re currently in the mixing stage. Ian Stewart has engineered all of our sessions and he’s been great at getting the best out of each musician and keeping the pace going. We recorded the string quartet from Manchester Camerata before piano, guitars and bass. It was the first time we’d heard the string parts come to life and as a result we’ve adapted and changed the way we play things so everything gels together.

What can you tell us about the tracks that are forming for the EP and what should fans prepare themselves to hear?

There are five brand new tracks and each of them has a distinct ‘Prose’ sound. Two of the tracks are led by Mike’s raw and heartfelt lyrics, which depict stories I’m sure most will be able to relate to. Another two are high energy numbers with anthemic choruses. And the final track, ‘Empty Hands’, is one Prose have been playing at shows for years but it’s never been released. It has become a fan favourite which is why we chose it as the title track.

We’re also going to be arranging string parts for seven tracks from ‘Home of the Brave.’ We’ll be performing them live for the first time, in addition to the new ‘Empty Hands’ EP at Band on the Wall, 9th Dec!

There’s quite a contrast between the musical backgrounds of Prose and Manchester Camerata; the Prose boys being autodidacts and describing themselves as ‘rough around the edges’ while the Camerata’s members have formal training and are overseen by an esteemed musical director in Gábor Takács-Nagy. How have you all communicated as musicians and have there been any barriers given the different backgrounds, or has everything flowed smoothly?

We knew everything would flow smoothly because Manchester Camerata is a flexible group of creative people who love music. The Hacienda Classical project is a great example of how the musicians are willing and ready to collaborate with a variety of different genres. It certainly wouldn’t have flowed as smoothly if all their management weren’t on board and as excited as we are to bring ‘Empty Hands’ to life.

We brought composer Andy Smith on board to bridge the gap between the two different musical languages and arrange the parts for the orchestra to play. When we all heard it come to life in the studio we were buzzing. The precision and musicality of the orchestra players and the ‘rough around the edges’ sound go together so well and we can’t wait to share it live.

The project has been supported by PRS Foundation, without whom none of this would have been possible.

Have preparations for the live launch begun or do those come later?

Everything’s coming together for the live launch. We’re going to be working on our own visuals to accompany the gig which is really exciting and something I’ve never done before.

We’re also going to be launching two brand new music videos, which we were shooting as we speak. We hope that one of them will drop prior to the gig and the other live at the event!

In addition to your work with Prose you’ve produced lots of youth music projects and worked closely with Band on the Wall via Brighter Sound in the past. What are you up to at present and how do all your musical activities feed into or inform each other?

It’s funny because not many people know that the first time I ever made music with other people was at Band on the Wall when I was 14. I heard about Brighter Sound and came down to get involved in a music project and write songs with other people. I then went on to work for Brighter Sound, and now I sit on their board as a Trustee. The journey of being involved in youth music projects as a participant and then a producer, in a venue as big as Band on the Wall has definitely led me to this opportunity.

I now run Blaze; a young producers company that creates festivals and events powered by young people and celebrating the talents and ideas of those around us. We aim to make a major contribution to the image of the North West, as a world class leader in youth-led cultural production and participation. You can read more about our work here. 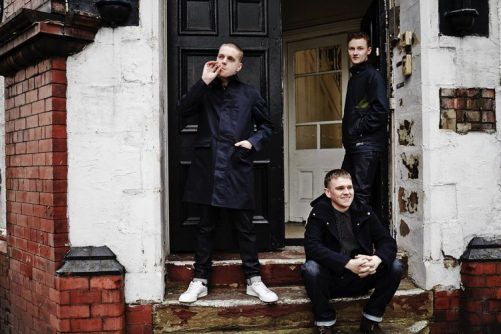 'Empty Hands' is a major new collaboration between Mancunian rap/acoustic… 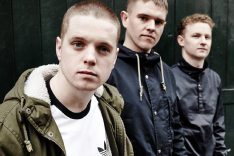