Ivan ‘Mamao’ Conti, the rhythmic innovator who mans the drums for Brazilian jazz-funk trio Azymuth, sadly injured his left hip while on tour earlier this year and is in need of surgery for the fitting of a replacement joint. Although scheduled to undergo an operation last month, issues in the Brazilian health care service have resulted in Conti’s injury being left untreated and the drummer now resides 43rd in a queue for surgery, which would see him out of action and in considerable pain for an unnecessarily prolonged period of time. Having postponed dates from the band’s forthcoming tour, which would’ve seen Azymuth visiting Band on the Wall in early July, the group are keen to ensure Conti receives the medical attention he deserves and have established a funding page to help cover his medical expenses.

As the band’s label, Far Out Recordings said in a statement last week; ‘Some of Mamao’s musical friends and family are also planning a special series of live events in Brazil to help with the funding campaign. All contributions to Mamao’s medical fund that have been sent direct to Mamao will be included in this Go Fund Me campaign total.’

They continued, ‘Each and every donation will get Mamao one step closer to receiving the treatment he urgently needs. We understand that not everyone is in the position to donate, but at the very least if everyone (especially our press, radio, DJ, distribution and blogging friends!) could share this link, it will help spread the word and indeed help out this drumming master who has a whole lotta music left in him!’

Wish wish Mamao a speedy recovery and look forward to welcoming him back to Band on the Wall, fit and well, later in the year.

A rescheduled date will be announced soon. All original tickets will remain valid. 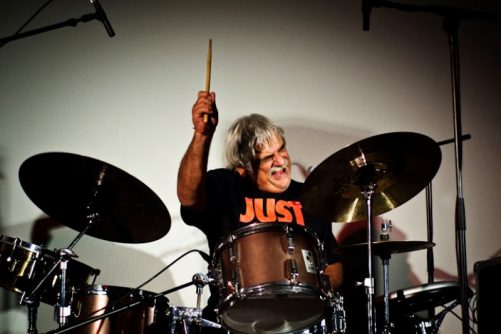 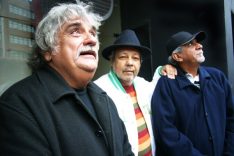 Azymuth is a Brazilian jazz-funk trio formed in 1973. The…