The nine-piece ensemble are coming back to Manchester for two special homecoming shows after a year that has seen them play incredible sets at Kendal Calling, Solfest, Soundwave Croatia and Moovin Festival on the back of their 2015 LP Incoming!. Both shows will form the band’s first live album, recorded exclusively at Band on the Wall.

Riot Jazz Brass Band play a unique mix of funk, soul, hip-hop and aggressive jazz, led by Zimbabwe-born producer, DJ and MC Chunky and backed by trumpets, trombones, sousaphone and drums. If you haven’t witnessed them already, they are a truly exciting, powerful live band.

The new live album is slated for release in Spring 2017 and tickets for both shows are available now. 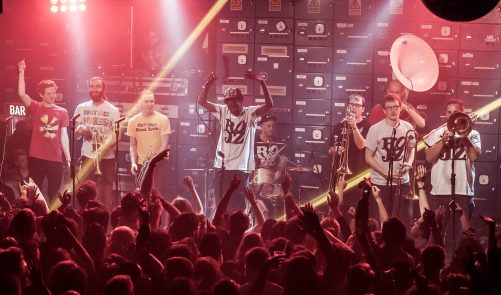 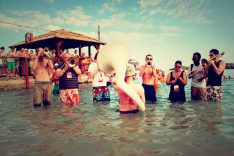