An interview with Criolo

Criolo is a Brazilian rap artist and singer, born and raised in the favelas of São Paulo. He discovered a love for rap music in his adolescence, and has since developed a sound which encompasses rap and several strands of Brazilian music. He has collaborated with a plethora of remarkable musicians, and gained worldwide respect as one of Brazil’s finest musicians. Ahead of his show at Band on the Wall on 26th April, we spoke with Criolo about his craft, musical developments in Brazil, and his involvement in Spike Lee’s forthcoming film Go Brazil, Go!

Tell us about your music; the key influences upon the instrumental style and your lyrical direction.

It’s a daily construction with a strong influence from Northeastern Brazilian rhythms, such as forró, embolada and samba. These are a direct influence from my family. My lyricism is influenced by the rap lyrics of the 90s and all of the texts of social awareness that have come since. These are the big marks of this music. The poetry also comes from my mother and the streets of São Paulo.

What are the key musical happenings in Brazil at the moment? Artists like yourself and Seu Jorge are making an international impact, and there seem to be many fusion styles which incorporate international influences, like Brazilian Zouk music. What are the most exciting developments in Brazil?

Music has no borders and people such as Seu Jorge have a natural musicality and talent in their souls; a sparkle that lights us with happiness. About my beautiful continental country; I can’t measure the main musical events, but I guarantee to you that is a constant flow, that runs everyday in our lives without us noticing it. We [Brazilian people] are in a real and everyday constant change of flavours, gestures and sounds; we are as plural and as multicultural as can be, and in our music it would not be different.

The Making of Criolo e Emicida – Ao Vivo gives an insight into the scale of your live productions, and the amount of musicians involved. Your musical director Daniel Ganjaman is responsible for the live direction of your shows, what does he have in store for the UK dates?

The music direction of Daniel is as important to me as the birth, the creation of a song, is what helps us to comprehend the strength of the message within every verse. I believe that we are preparing something dynamic and very musical, always, but everything is made to support the art creation and the good energy of our meetings. In that moment, everything makes sense.

You’ve shared the stage with some legendary figures, Caetano Veloso and Mulatu Astatke to name just two. Are there any other musicians of that generation that you would like to work with?

The music really gives us so many good moments. It would be an honour to do anything with Gilberto Gil, João Bosco, and so many masters. I will lead this to life and music to take care, with caress.

You were interviewed for Spike Lee’s film Go Brasil, Go!, which hasn’t yet been released, but seems like it’s going to explore many aspects of Brazilian culture. When Spike interview you, were you discussing Brazilian music or a wider range of topics?

Basically we spoke about racism in Brazil and in the world, as well the importance of rap in our lives.

To sing a lot and enjoy the opportunities I have to learn from people all around Brazil and the world. To put together positive energy and to share in the form of poetry, music and smiles. Only through love, and by it, can we build a more equal planet, capable of bring all of us with serenity, dignity, joy and respect. 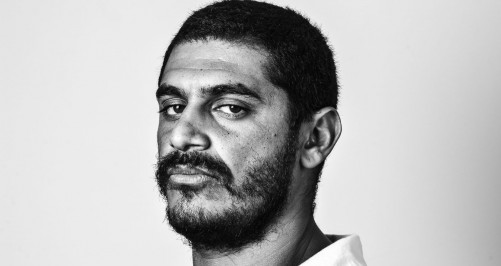 Through his 2015 album, Convoque seu Buda, Criolo evolved from…