The Freshies were a punk band from Manchester, England formed in the 1970s and dissolved in the early 1980s, fronted by singer and comedian Chris Sievey (later known by his character Frank Sidebottom).

This article uses material from the Wikipedia article “The Freshies”, which is released under the Creative Commons Attribution-Share-Alike License 3.0. 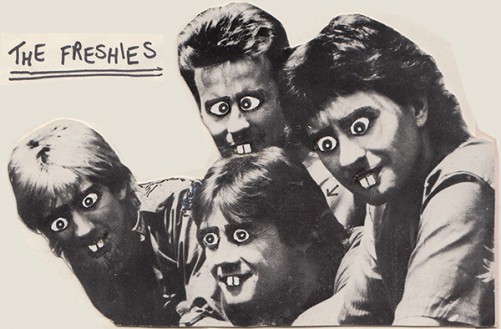