Each print is handmade in the darkroom by the photographer himself using the original negative and is made on gloss fibre based paper – the process requires technical and craft skills which are extremely rare in today’s digital world.

The photograph is signed, numbered and ‘Artist’s Edition’ embossed and is limited to 20 pieces worldwide.

Image size is 7.5 x 5 inches and each is presented in a hand-cut 20 x 16 inch double thickness archival mount.

Photographs are made to order so a production time of two weeks should be allowed between placing your order and UK delivery.

The photographs in this collection were taken using largely Leica M series and Hasselblad cameras. Film stock was Kodak Tri-X and Ilford HP5. The negatives printed in Leitz and De Vere enlargers.

The paper used is gloss Ilford Warmtone Fibre Based Paper. It has been selected for the luxuriously rich prints it renders – warm deepest blacks and wonderful creamy whites and all the shades that lay between.
Ellis says: “It might seem a little strange to bleat so rapturous about such an apparently mundane thing as paper: but the print is the ultimate outcome for my work on film and this paper type is the trusty messenger that bears it.”

Silver gelatin photographs are hand made in the darkroom from the original negative applying a craft process which dates back to the 1880s.

This process is carried out on the fly and requires quicksilver creative judgement and technical skills which are extremely rare in todays digital world.

Shipping Note: Orders from outside the UK may be subject to import taxes, payable by the customer. Please consult your local post office for specific costs in your country. 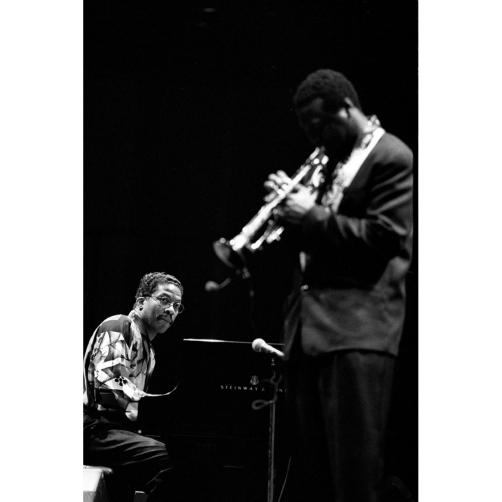