Edward II have been working in partnership with us, exploring the heritage of Caribbean folk music alongside our emerging music heritage learning programme, World of Music.

This new album comprises of a contemporary take on traditional Caribbean tunes the band were due to perform at a number of festivals in 2020, all of which were cancelled. Despite this they have pushed ahead with releasing the CD (out 12th March 2021) and have offered a profit share to help support Band on the Wall’s World of Music programme.

The songs will be available via digital streaming services, but if you would like to support Band on the Wall and the World of Music programme, the physical CD is beautifully packaged and features the artwork of renowned Jamaican artist Bernard Hoyes, and is now available directly from the Band on the Wall shop.

‘Dancing Tunes’ is a selection of traditional songs from Jamaica and the Caribbean as collected by Walter Jekyll and recorded by Louise Bennet, the celebrated singer, folklorist and activist for Jamaican dialect. Of course, while these songs are regarded as uniquely Jamaican, they were all written and sung in English, or the Jamaican street dialect known as Patois. Full of wit and irreverent humour, if anything these songs demonstrate that folk music is first and foremost about telling stories and entertaining each other using song and dance – a very human practice!

Shipping note: Orders from outside the UK may be subject to import taxes, payable by the customer. Please consult your local post office for specific costs in your country. 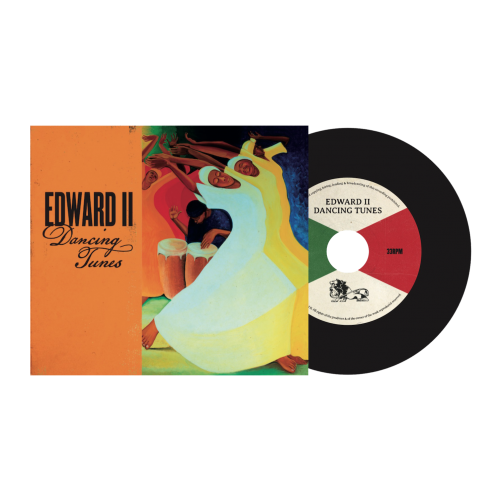