It’s been a while but the UK’s top funk/jazz-funk band are back! The Haggis Horns launch their 5th LP at Band on the Wall on Saturday 16th May as part of an extensive UK promotional tour. Three years since their last album, expect a great night of heavy live funk, soul and jazz-funk from one of the best bands in the land.

Since they first hit the music scene in 1999, The Haggis Horns have established themselves as one of the top funk/jazz-funk bands in the country. Their now legendary horn section has worked with Mark Ronson, Amy Winehouse, Lily Allen, Martha Reeves, Lou Donaldson, Jamiroquai, Corinne Bailey Rae to name a few. In 2007, they released their debut LP “Hot Damn!” with UK hip-hop/soul/jazz/beats label First Word Records followed up in 2010 with their second album for the label “Keep On Moving”. In 2015, they released their third album “What Comes To Mind” on their own new label Haggis Records and in summer 2017, they dropped their first single on the label “Take It Back” featuring guest rapper Doc Brown. The fourth Haggis Horns album “One Of These Days” was released on Haggis Records in autumn 2017. In the last few years, they’ve been busy gigging across the UK and Europe plus working on solo side projects for their label but this summer, they’re back with album number five.

Support comes from Manchester neo-soul/hip-hop/jazz singer Mali Hayes, a regular performer at Band on the Wall. She’s been featured on Gilles Peterson’s “Future Bubblers” series and recently released her latest single “Oceans”, a collaboration with Manchester hip-hop/soul MC LayFullStop. Get down early to catch her and the quartet doing their deep soul vibes.

DJs Lubi (DIG Family/RE:SOUL – Leeds) and Irfan Rainy (Rainy City/Community – Manchester) will be playing soulful, jazzy and funky music before, between and after live sets, both in the main room and in the bar, from 7pm-11pm. 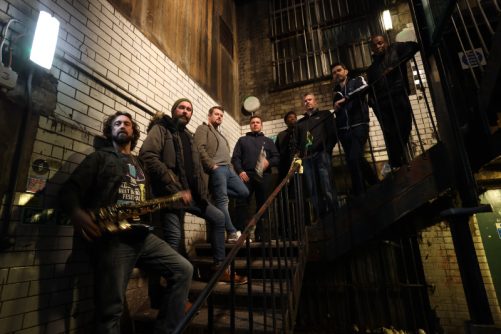