After a decade of relentless touring and recording in all but complete obscurity, the Texas-bred/New York-based quasi-collective suddenly found itself held up by the press and public as one of the major figures in the jazz world. But as the category names for both of the band’s Grammy awards would indicate (Best R&B Performance in 2014 and Best Contemporary Instrumental Album in 2016), Snarky Puppy isn’t exactly a jazz band. It’s not a fusion band, and it’s definitely not a jam band.

This 2017 UK tour will see Snarky Puppy perform their biggest shows in the country to date, with the band performing material from their new album ‘Culcha Vulcha’. Fresh off the heels of their 10th album, ‘Family Dinner – Volume Two’, with this new record the band returned to its roots as an instrumental ensemble. Recorded in rural Texas with no cameras, no audience, and the opportunity to overdub, they have crafted an album much darker and moodier than any before it. The typical flash and bombastic moments that Snarky Puppy is known for have been replaced by a more patient, restrained, and sonically creative approach to both composition and performance.

House of Waters features Max ZT on hammered dulcimer, Moto Fukushima on six-string bass and Ignacio Rivas Bixio on drums and percussion. They describe their music as ‘a constant melting pot… so relevant to now’, that incorporates elements of West-African, jazz, psychedelic, indie rock, classical and world music. 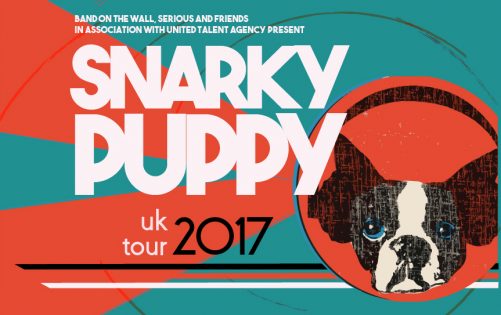