Scanner (British artist Robin Rimbaud) traverses the experimental terrain between sound and space connecting a bewilderingly diverse array of genres. Since 1991 he has been intensely active in sonic art, producing concerts, installations and recordings, the albums Mass Observation (1994), Delivery (1997), and The Garden is Full of Metal (1998) hailed by critics as innovative and inspirational works of contemporary electronic music.

To date he has scored 65 dance productions, including the hit musical comedy Kirikou & Karaba Narnia, Qualia for the London Royal Ballet, and the world’s first Virtual Reality ballet, Nightfall, for Dutch National Ballet. More unusual projects have included designing sound for the Philips Wake-Up Light (2009), the re-opening of the Stedelijk Museum, Amsterdam in 2012 and the new Cisco telephone system used in many offices around the world.

His work Salles des Departs is permanently installed in a working morgue in Paris whilst Vex, the residential house by Chance de Silva architects, featuring his permanent soundtrack, won the RIBA London Award 2018.

Ian Boddy is a North-East composer who has been recording & releasing Electronic Music for the past 40 years. During this time he has released a huge catalogue of music as well as performing hundreds of concerts both in the UK as well as in Germany, The Netherlands & the USA. For the past 20 years he has run the Electronica label DiN which has over 80 releases by an internationally renowned collection of artists including Robert Rich, Node, ARC, Erik Wøllo, Bluetech & Markus Reuter. He also composes music for TV, documentaries and films and has done sound design work for the likes of Apple, Camel Audio, Soniccouture, Zero-G & Time & Space.

This specially commissioned performance comes in three stages. Ian Boddy will perform solo followed by a solo performance from Scanner. Scanner and Ian will then perform a duet to close. Entire performance duration is 3 hours. Expect the supernatural.

This is a mixed unreserved seated and standing show. Presented by subliminal impulse Festival. 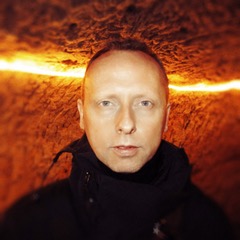