Havana-born pianist Robert Fonseca performs at Band on the Wall to celebrate the release of Yesun, his ninth solo album.

“Yesun is the album I’ve always wanted to make,” says Fonseca of a record that combines everything from jazz and classical music to rap, funk, reggaeton and electronica, ripping up the rulebook along the way. “All my influences are here. All the sounds and vibes that make me who I am.”

“I am presenting a Cuba without borders,” says Fonseca. “I’m building bridges between my AfroCuban roots and other styles of music and doing some of the crazy things I love doing live.”

Fonseca has been at the forefront of the renaissance in Cuban music for nearly three decades, releasing a catalogue of acclaimed solo albums between joining the legendary Buena Vista Social Club, touring with crooner Ibrahim Ferrer (1927 – 2005) then with singer Omara Portuondo. His 2007 album Zamazu proved him a performer/composer in his own right. 2012’s Grammy-nominated Yo featured guests including Fatoumata Diawara, the Malian singing star with whom Fonseca subsequently embarked on an acclaimed live collaboration.

Fonseca’s goals are the same: “I try to be a better musician so I’m always practicing, composing, experimenting,” he says. “I like breaking new ground.”

Yesun is a wordplay title symbolising water. Water drawn from the well of AfroCuban history and given with a modern, forward-looking twist. For in the same way that water, the giver of life, has vast reach and shape-shifting power, so does Fonseca’s music flow from ancient to modern, embracing challenges, prompting growth. Opening a channel for young musicians in Cuba, who take inspiration from his cross-genre adventures and wild success abroad.

‘Cadenas’ kicks off prog-rock style before a tempo shift brings in a cha-cha vibe, sung exhortations and some truth-spitting spoken word from Danay Suarez: “She’s talking about how important it is to fight for one’s soul.”

‘Por Ti’ is a masterclass in classical composition. ‘Aggua’ is a call to party. ‘Motown’ showcases the trio’s remarkable telepathy. ‘Stone of Hope’ finds Fonseca singing bossa nova-style over a looping bassline that recalls the yambú form of Cuban rumba.

‘Mambo pa la Nina’ is a crazy happy mambo fuelled by modern electronica and the sort of vintage-sounding Moog and Hammond organ played by two of Fonseca’s heroes, Herbie Hancock and Joe Zawinul.

Fonseca pours water on his AfroCuban roots in ‘Ocha’ and subverts more clichés in the process. ‘No soy de esos’ is a melodic instrumental that confirms Fonseca out as musician of sensitivity and substance. ‘Clave’ is a funky paean to the basic pattern underpinning AfroCuban music, and the endless possibilities it enables.

Yesun, then. An album by a Cuban virtuoso determined to make music his way, and modernise Cuban music in the process. 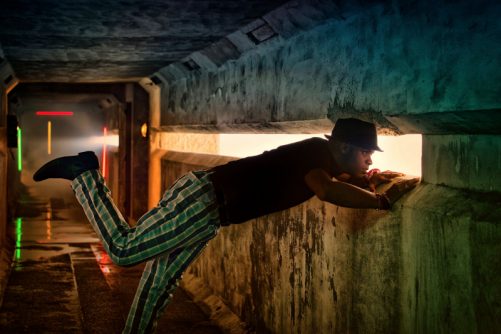