Kelly Moran is a composer, producer, and pianist from New York. As the sole engineer and producer of her five solo albums, her intricately arranged electro-acoustic compositions have been described as accomplishing “the rare feat of making the work of a single individual sound like the artistic output of a veritable creative army.” (Zoe Camp, Revolver.) As a pianist, Moran specialises in works that employ extended techniques and prepared piano. Her album Bloodroot was released by Telegraph Harp Records in March 2017 and received critical praise from publications including The New York Times, Rolling Stone, Pitchfork, and The Log Journal.

As a collaborator, in recent years she has played bass in the no-wave group Cellular Chaos, synthesiser for avant-rock band Voice Coils and piano for the Charlie Looker Ensemble. Recent commissions include collaborations with pianist Margaret Leng Tan, Yarn/Wire, The Manhattan Choral Ensemble, and Oneohtrix Point Never. In March 2018, Moran was awarded a Van Lier Fellowship to fund her upcoming projects.

Moran completed her undergraduate degree at University of Michigan-Ann Arbor where she studied piano performance, sound engineering, and composition. In 2010, Moran received a fellowship for the MFA program in Integrated Composition, Improvisation, and Technology at University of California-Irvine. A deep interest in composition for dance has propelled numerous collaborations and served as the foundation for her master’s thesis. Moran currently lives in Brooklyn.

This is a seated show. Presented by Grey Lantern. 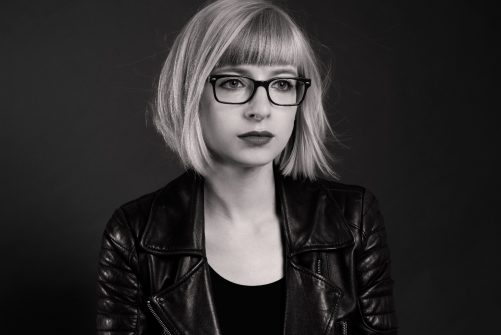