Tony Allen at Oslo Jazzfestival 2015
Tony Allen at the Eurockéennes of 2007
Tony Oladipo Allen (born 1940 in Lagos, Nigeria) is a

Nigerian drummer, composer and songwriter who currently lives and works in Paris. His career and life story have been documented in his 2013 autobiography Tony Allen: Master Drummer of Afrobeat, co-written with author/musician Michael E. Veal, who previously wrote a comprehensive biography of Fela Kuti.

As drummer and musical director of Fela Anikulapo Kuti’s band Africa 70 from 1968 to 1979, Allen was one of the primary co-founders of the genre of Afrobeat music. Fela once stated that, "without Tony Allen, there would be no Afrobeat." He has also been described by Brian Eno as "perhaps the greatest drummer who has ever lived."

This article uses material from the Wikipedia article “Tony Allen (musician)”, which is released under the Creative Commons Attribution-Share-Alike License 3.0. 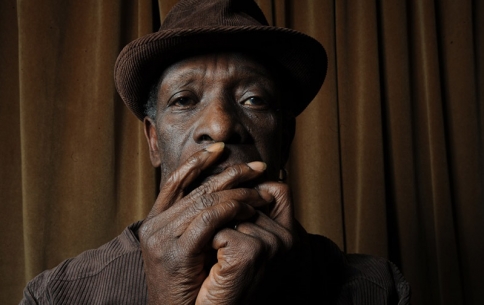