The Warlocks are an American rock band formed in Los Angeles, California, in 1998 by guitarist/singer Bobby Hecksher. The band’s music has ranged from psychedelic rock to drone music. There have been many changes in personnel since their formation, with Hecksher the only constant member.Davidson, Mike (2003) “Drone Rock Wizards – The Warlocks]”, Gigwise.com, September 23, 2003. Retrieved October 27, 2013Kot, Greg (2003) “The Warlocks’ magical musical show”, [[Chicago Tribune], March 21, 2003, p. 3 (‘Friday’ section)

This article uses material from the Wikipedia article “The Warlocks”, which is released under the Creative Commons Attribution-Share-Alike License 3.0. 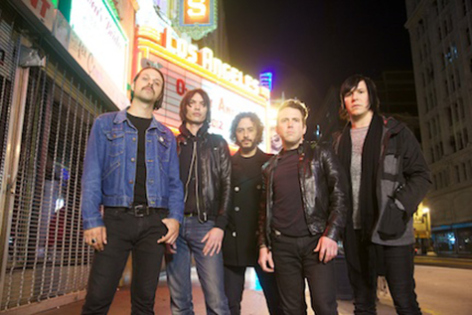 Bobby Hecksher was raised in Florida and found himself exposed…

L.A. based psychedelic rock outfit The Warlocks have shared details of…