The Transports is a folk ballad opera written by Peter Bellamy released by Free Reed Records in 1977. It is often cited as Bellamy’s greatest achievement. It featured many artists from the 1970s English folk revival, including The Watersons, Martin Carthy, Nic Jones, A. L. Lloyd, June Tabor, Martin Winsor, Cyril Tawney and Dave Swarbrick. The orchestral arrangements were by Dolly Collins.

It was named as his Folk Record Of The Year by the folk music critic of The Guardian, Michael Grosvenor Myer.

This article uses material from the Wikipedia article “The Transports”, which is released under the Creative Commons Attribution-Share-Alike License 3.0. 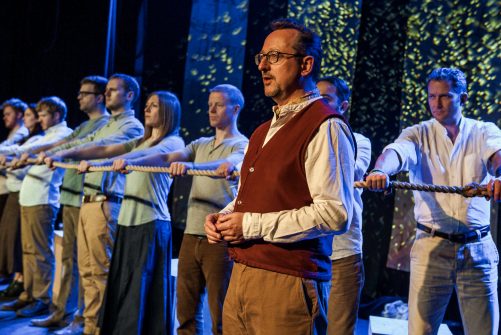