The Disciples are a dub roots reggae group that was formed in 1986 by brothers Russ D. and Lol Bell-Brown. They are said to be named by Jah Shaka after producing exclusively for Jah Shaka. They recorded 4 albums of instrumental dub for Jah Shaka’s King Of The Zulu Tribe label during 1987 to 1990.

Russ D. acquired some very basic recording equipment in 1985 which started their productions. Over the years this has seen many changes moving from a bedroom with 4 and 8 track recording to a small purpose built studio which now comprises full 24 track recording and mixing facilities.

The Disciples built their own sound system in 1991 and played events across the UK for the following 5 years after. They played alongside notable UK sounds like Aba Shanti-I, Iration Steppas and Channel One Sound System. Musical content was strictly roots reggae and dub music from all eras.

Their first label, Boom Shacka Lacka, was formed in 1993 for releasing heavyweight instrumental dubs and this included a release of Prowling Lion. They also produced another album, For Those Who Understand. During this time their tracks featured on compilations for labels such as Virgin (Macrodub series), Dope On Plastic, Zip Dog and Dubhead. Further albums where released with artists such as Rootsman, Dayjah and Sister Rasheda.

Since 1996 the Disciples sound system was dissolved and brother Lol pulled out of the business, Russ D. continued with both the label and DJ`ing, teaming up with long-time friend Jonah Dan.

The works continue in the Disciples Backyard Studio for their own productions and other labels.

This article uses material from the Wikipedia article “The Disciples (band)”, which is released under the Creative Commons Attribution-Share-Alike License 3.0. 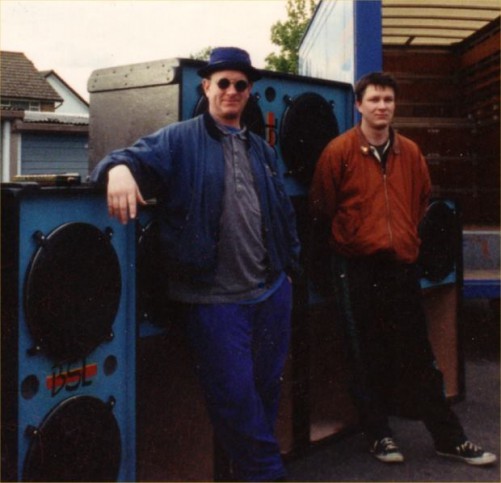