Snake Davis with Zoot & the Roots

Snake Davis is a session musician (saxophonist) who has played with some of the worlds biggest artists. In the 1980s he fronted York band Zoot and the Roots.

Snake Davis is renowned for his skill and expertise in playing both the saxophone and the flute and can play in any number of genres when asked upon from smooth jazz to soul jazz. He released his first solo album in 2001 called Snakebites. Subsequently he has toured with his band Snake Davis & The Charmers.

He has subsequently released other albums including Hysteria, Adder Lessons and Talking Bird, the latter of which was commended for its blend of chillout, soul, and oriental themed music, which included his first recorded works of him playing the ancient Japanese instrument, the Shakuhachi.

He has toured with Jim Diamond as The Blue Shoes, "The world’s smallest band" as well as one of the four members of the band ironically called The Burden of Paradise (Snake Davis, Helen Watson, Mark Creswell and Dave Bowie).

Davis also performed the theme music for the iconic 1980s television show Jimmy’s, a fly-on-the-wall documentary featuring the lives of staff and patients at St James’s University Hospital in Leeds.

This article uses material from the Wikipedia article “Snake Davis”, which is released under the Creative Commons Attribution-Share-Alike License 3.0. 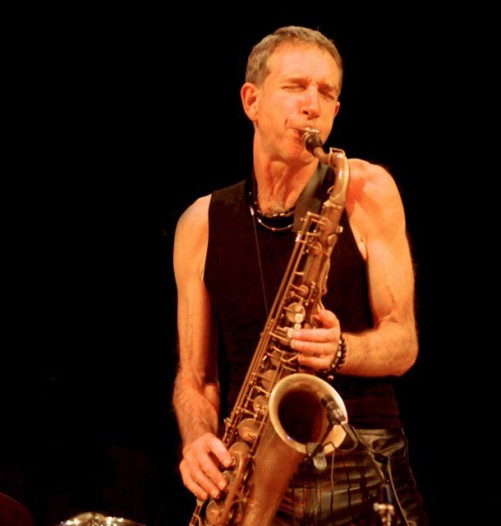