Pere Ubu is a rock group formed in Cleveland, Ohio, in 1975. Despite a variety of long-term band members, singer David Thomas is the only constant. Describing their sound as "avant-garage," Pere Ubu’s work drew on diverse sources such as rock music, musique concrète, performance art, and the derelict industrial environments of the American midwest. The group’s name is a reference to Ubu Roi, an avant-garde play by French writer Alfred Jarry. They are usually categorized as "underground rock", having rarely achieved commercial success.

This article uses material from the Wikipedia article “Pere Ubu”, which is released under the Creative Commons Attribution-Share-Alike License 3.0. 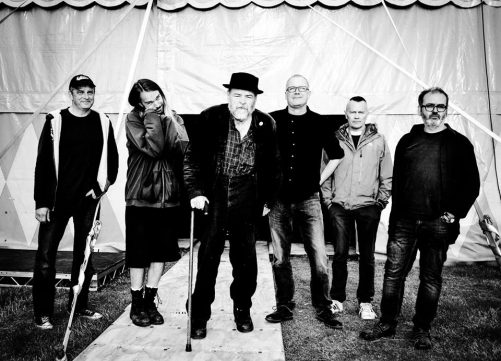