In 2009 Nat Birchall celebrated 30 years of playing the saxophone. During that time he had been quietly working on his craft, slowly but surely progressing towards a style and concept that best communicates his view of the universe.

Initially inspired by the great horn men of Jamaica, people like Roland Alphonso, Don Drummond, Tommy McCook and Cedric Brooks, Nat found his way into the music of Charlie Parker, John Coltrane and the whole world of Jazz, before finding his own voice on his instrument.

Along the way he has played in many different musical situations, playing Turkish Folk/Jazz with percussionist Akay Temiz, forming the ground-breaking “Corner Crew” which experimented with elements of Jazz and Hip Hop, and the heavy Roots Reggae of Dubdadda. Nat’s quintet, “The Sixth Sense” made his debut CD of the same name in 1999. The album was well received and was one of Jazzwise magazine’s editor’s CDs of the year, earning a 4 star review. 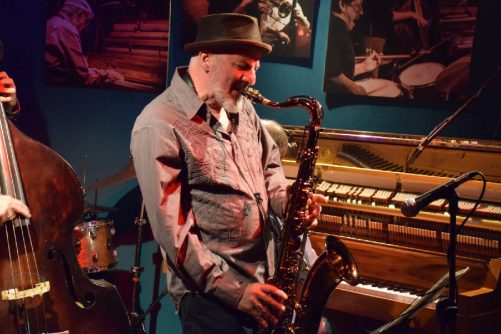 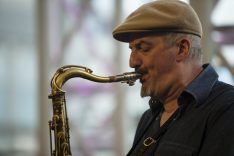