Africa studied music at the University of Cape Town . Then he formed his band Oswietie . In 1980 he was a member of the fusion band Spirits Rejoice a Sarie (South African Grammy) for his arrangements of the album Paradise Road . In 1981, he went to Britain into exile and played in groups of Hugh Masekela , Dudu Pukwana andJulian Bahula . Together with Brian Abrahams he founded the band District Six , on their first two albums, he was involved. With percussionist Thebe Lipere he headed the group Out of the Window . In 1987 he was in the recording of the soundtrack of Cry Freedom involved; Then he formed a quartet with Dave Bitelli and Nana Tsiboe ( “Mbatanga Blue”, 1988). In the late 1980s he accompanied the singer Carmel ( Set Me Free , 1989). Furthermore, he performed with David Murray and the World Saxophone Quartet with Mbizo project on the Moers Festival and at the North Sea Jazz Cape Town (there also with Louis Moholo ) and concerts with Andy Sheppard ,Jean Toussaint and Courtney Pine . He is also a pianist of South African Gospel Singers and Pinise Saul active.

This article uses material from the Wikipedia article “Mervyn Africa”, which is released under the Creative Commons Attribution-Share-Alike License 3.0. 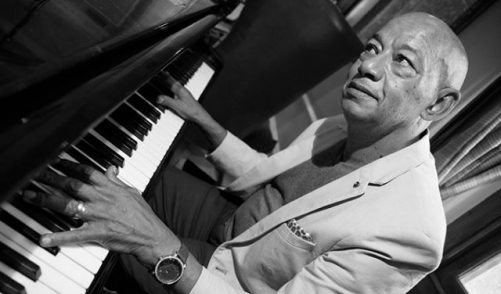