Magma is a French progressive rock band founded in Paris in 1969 by classically trained drummer Christian Vander, who claimed as his inspiration a "vision of humanity’s spiritual and ecological future" that profoundly disturbed him. In the course of their first album, the band tells the story of a group of people fleeing a doomed Earth to settle on the planet Kobaïa. Later, conflict arises when the Kobaïans—descendants of the original colonists—encounter other Earth refugees.

Vander invented a constructed language, Kobaïan, in which most lyrics are sung. In a 1977 interview with Vander and long-time Magma vocalist Klaus Blasquiz, Blasquiz said that Kobaïan is a "phonetic language made by elements of the Slavonic and Germanic languages to be able to express some things musically. The language has of course a content, but not word by word." Vander himself has said that, "When I wrote, the sounds [of Kobaïan] came naturally with it—I didn’t intellectualise the process by saying ‘Ok, now I’m going to write some words in a particular language’, it was really sounds that were coming at the same time as the music." Later albums tell different stories set in more ancient times; however, the Kobaïan language remains an integral part of the music.

In 1986, the French label Seventh Records was founded in order to (re-)publish Magma’s and Vander’s work. Over the years, Seventh has also released albums by related artists such as Stella Vander, Patrick Gauthier and Collectif Mu.

This article uses material from the Wikipedia article “Magma (band)”, which is released under the Creative Commons Attribution-Share-Alike License 3.0. 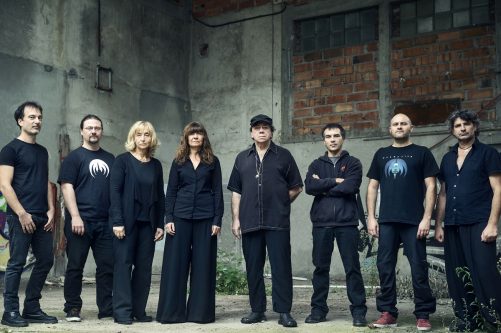 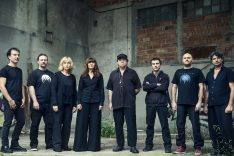 An interview with Stella Vander of Magma

Like a primal scream rising from the core of the…

French progressive rock outfit Magma have a devoted following around…