She is currently based in Manchester. She was named by The Observer the number one act to watch in 2009. After performing at In The City in Manchester, she was signed by the independent record label Kitchenware Records. She signed with Vertigo Records, a division of Mercury Music Group, in 2011.

She released her first album, The Author, on 23 March 2009, to mixed reviews.Album reviews for The Author:

The record was produced by Kevin Bacon and Jonathan Quarmby.

Her second album, The Remedy, was released in August 2012.

This article uses material from the Wikipedia article “Karima Francis”, which is released under the Creative Commons Attribution-Share-Alike License 3.0. 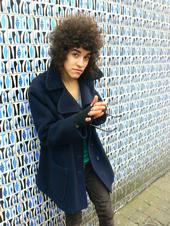