Hiatus Kaiyote () is a future-soul quartet that formed in Melbourne, Australia in 2011. The members are Naomi "Nai Palm" Saalfield (vocals, guitar), Paul Bender (bass), Simon Mavin (keyboards) and Perrin Moss (drums, percussion). In 2013, they were nominated for a Grammy for Best R&B Performance for their song "Nakamarra", performed with Q-Tip, but lost out to Snarky Puppy and Lalah Hathaway’s recording "Something". The song appears on their debut album, Tawk Tomahawk, released by Flying Buddha.

The band released their second album, Choose Your Weapon, on 1 May 2015. The review aggregator Metacritic has given the album a normalized rating of 88 out of 100, based on 6 reviews, indicating ‘universal acclaim’. On 9 May 2015, Choose Your Weapon debuted at number 22 on the Australian albums chart.

The song "Breathing Underwater" from their second album Choose Your Weapon was nominated for Best R&B Performance at the 58th Grammy Awards, but lost out to The Weeknd’s recording of "Earned It (Fifty Shades of Gray)".

This article uses material from the Wikipedia article “Hiatus Kaiyote”, which is released under the Creative Commons Attribution-Share-Alike License 3.0. 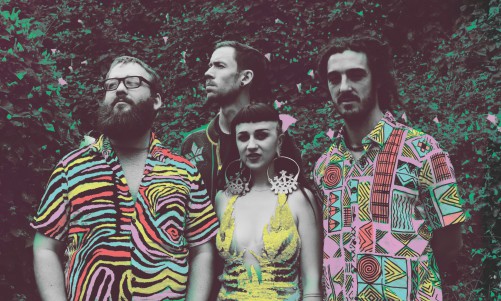 Last night, Hiatus Kaiyote won the award for album of the…

An interview with Hiatus Kaiyote

Hiatus Kaiyote have a sound that defies easy categorisation. Their…