Ever since their first collaboration on the “Mocambo Funk Forty Fives” compilation, things have gained momentum for Gizelle Smith, the “Golden Girl of Funk”, and the much respected Hamburg-based label and live band The Mighty Mocambos. Their first single “Working Woman” became an overnight smash and a prime-time club favourite of funk & soul DJs from all over the world. Initially released on the Finnish private press label Old Capital, producer legend and Grammy nominee Kenny Dope (Masters at Work, Bucketheads) picked up and remixed the song for his own label Kay Dee Records.

Gizelle Smith & Mocambo now step up with a full-length album, This Is Gizelle Smith & The Mighty Mocambos, of bonafide sister funk. In the days of digital recording and ProTools editing, they show true exception to modern techniques and create their highly regarded, unique and raw soul sound, by making use of simple dynamic microphones and reel-to-reel tape machines. 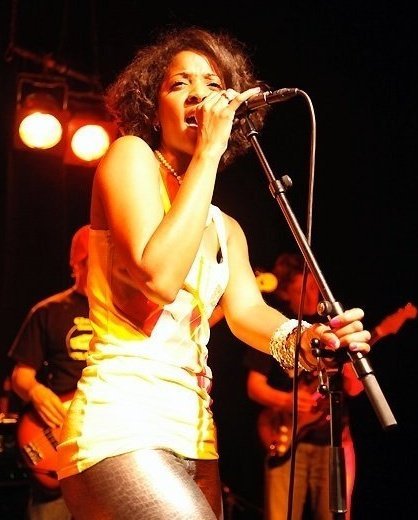