Family Ranks is a 7-piece collective fusing Soul, Hip-Hop, Electronica and Reggae. Whether in the studio or on stage they consistently take listeners on a journey through lush expansive compositions, dark hard-hitting grooves and euphoric festival-anthems.

The outﬁt formed early in 2014 out of a union between session band House of Lords (notably acting house band for All About Good Music) and two of Manchester’s sharpest song-writers; Ruby-Ann Patterson and James Gill.

Since then, through frequent live-video releases and electrifying stage performances they have quickly established themselves as a signiﬁcant act on the Manchester scene as well as attracting the attention of major live events and promoters. They have recently supported Natty on his ‘Release The Fear’ UK Tour, played at the Craig Charles curated ‘Mostly Jazz Festival’ and have also performed at notable Manchester venues such as Band on The Wall and Deaf Institute as well as performing at events such as ILuvLive and Sounds From the Other City. 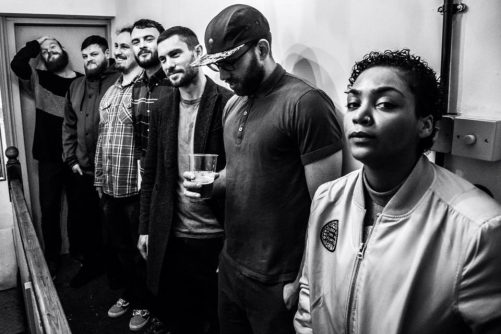