Edward II (known also as EII, and previously as Edward the Second and the Red Hot Polkas and e2K) are an English band which play a fusion of world music, English folk and reggae. Active from 1980, the band broke up after losing several key members in 1999, relaunching as "e2K" in 2000. In 2003, the band dissolved once more, but have since reformed for a one year reunion tour in 2009 under the "Edward II" name, celebrating the tenth anniversary of the breakup of the original band. They reformed in 2015 specifically to produce the Manchester’s Improving Daily project, which includes the release of new recorded material and a book. The project is designed to celebrate a collection of tunes written in Manchester during the Industrial Revolution, published as Broadsides and currently held in Manchester Central Library.http://edwardthesecond.co.uk/events/

This article uses material from the Wikipedia article “Edward II (band)”, which is released under the Creative Commons Attribution-Share-Alike License 3.0. 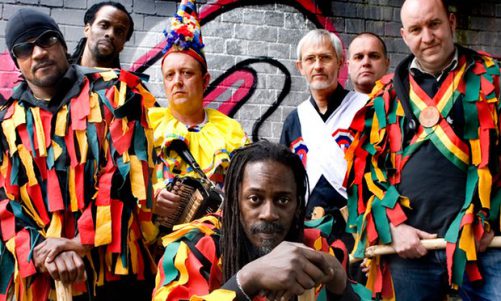 A Festive Discussion with The Albion Christmas Band 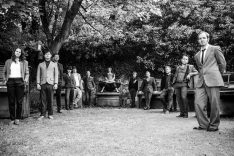 Eliza Carthy, Sheelanagig and Mark Radcliffe’s Galleon Blast were among the artists…

Ahead of Edward II coming to Band on the Wall…