Dobet Gnahoré
Dobet Gnahoré (born June 17, 1982) is a singer from Côte d’Ivoire. The daughter of percussionist Boni Gnahoré, she plays with the group Na Afriki, consisting mainly of French and Tunisian musicians, who accompany her with the guitar, sanza, the balafon, the calebasse and bongos. Due to the civil war, she moved to France in 1999.

In 2004, Gnahoré released her debut album Ano Neko. In 2006. She was a nominee at the World music (Awards) for Newcomer and shared an award for Best Urban/Alternative Performance with India.Arie at the 52nd Grammy Awards.

This article uses material from the Wikipedia article “Dobet Gnahoré”, which is released under the Creative Commons Attribution-Share-Alike License 3.0. 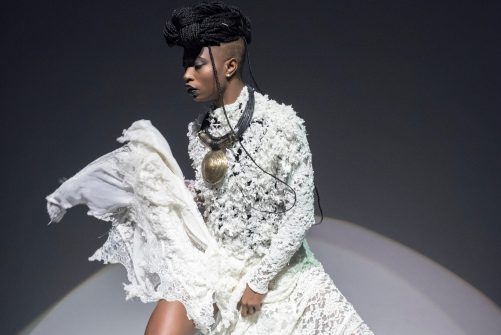