Si Mathews has been a DJ for over 20 years and with recently looking to now turn his musical knowledge into his own productions in the future. Si first got into music in the late 80`s early 90`s due the Blackburn Rave scene” Where elements were forged in the history of house music”.

A DJ since the early 90’s, Si prides himself in bringing a smooth mix to he eclectic selection of the best in current and classic music from right across the full spectrum of house music. His ability to read the crowds only strengthens his background,experience and massive record collection. He is an expert at bringing the party to the people and keeping energy high and is equally at home on a festival stage or in a nightclub.

Si Mathews has played a number of venues across the North West of England from festivals to clubs, ensuring that he gives 100% satisfaction to the build up of followers he has gained over the years.

I had the pleasure of playing at an event alongside Si, Were he gave the crowds just what they were looking for and fully expecting throughout his set. Si’s style in music has changed over the years but still to this day he continues to deliver with his continued passion for the dance scene.

I had the pleasure in following Si each week on an Internet Radio Station. Si’s vast musical knowledge and record collection took me back each week with his high energy music both old and new. Safe to say it was a great pleasure to listen too and follow this guy each week until the station unfortunately came to an end.

We booked Si to play for a private event we hosted. Were we can say we were delighted with the music and vibe he delivered throughout his set from start to finish.

I manged to get to know Si through a mutual friend many years ago now, which later transpired that when I started out myself as a DJ, Si frequented the venue which I played at weekly in his home town. “How the tables turned”! I learnt that Si was playing at a venue close to me which I managed to attend, as at that time in my life I had reached what I can only explain as a musical block and I was looking for inspiration. Si played a style at that time I hadn’t really took much notice too, until thinking this guy knows his music. What I like about Si is he’s always playing new music that I guess can always inspire his listeners…To be honest an all round good guy to know professionally and also as a friend.

We’ve booked Si to play at a couple of our events over the years that we have hosted throughout the North West, along with a booking at a local Festival we were more than happy to be involved with at that time. We can say we were delighted with the musical influence he brought to his set from start to finish with his selection of old and new music, keeping the people wanting more each time right to the early hours of the morning. I also got to know Si on a personal level and over the years has proven himself to be a good close friend and someone i can safely say is worth knowing.

We booked Si to play at a couple of our old school events over the years that we have hosted within in his hometown. We originally booked Si, as a stand-in DJ for one reason or another at that time. We can say we were delighted with the musical influence he brought to his set from start to finish with his selection of old school music, so much so we booked him a couple of times more without any regrets each time. 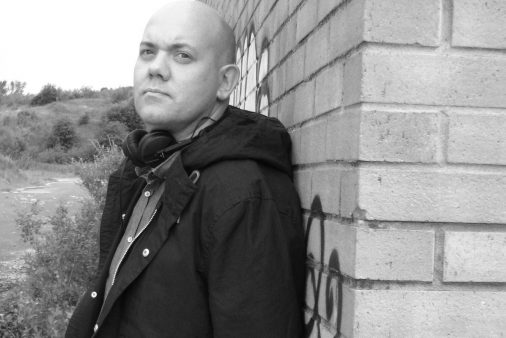