Cedric Myton (born 1947 in Old Harbour, Jamaica), is a Reggae musician and Rastafarian. Myton played with Prince Lincoln Thompson in The Tartans in the early 1970s. Myton claims to have been one of the backing harmony vocals on Prince Lincoln’s Humanity album recorded in 1975, but he is not acknowledged as being so. He later formed The Congos with Ashanti Roy and baritone singer Watty Burnett."Biography]", jamaicansmusic.com, Retrieved 30 July 2014 They recorded the album Heart of the Congos, with Lee Perry at the controls, producing what is widely considered one of the great classics of reggae. Later Myton pursued a solo career. After some time, the Congos reformed and recorded an album titled, Back in the Black Ark. The group toured as well, appearing at music festivals such as the 2012 Rototom Sunsplash.McMahon, Gerard "[http://unitedreggae.com/articles/n1179/121612/interview-cedric-myton/Interview: Cedric Myton", unitedreggae.com, Retrieved 30 July 2014

This article uses material from the Wikipedia article “Cedric Myton”, which is released under the Creative Commons Attribution-Share-Alike License 3.0. 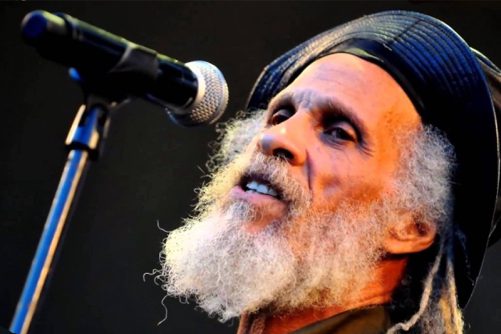