Adrian Maxwell Sherwood (born 1958, London, England) is an English record producer specializing in the genres of dub music and EDM. Sherwood has created a distinctive production style based on the application of dub effects and dub mixing techniques to EDM tracks as well as mainstream songs. Sherwood has worked extensively with a variety of reggae artists as well as the musicians Keith LeBlanc, Doug Wimbish and Skip McDonald. Sherwood has remixed tracks by Coldcut, Depeche Mode, The Woodentops, Primal Scream, Pop Will Eat Itself, Sinéad O’Connor, and Skinny Puppy. Within his role as a record producer, he has worked with a variety of record labels, however his most well-known label is On-U Sound Records, which he founded in 1979. Sherwood has been a member of the band Tackhead. As someone who considers himself tone deaf, the producer focuses on making sounds and noises rather than melody.

This article uses material from the Wikipedia article “Adrian Sherwood”, which is released under the Creative Commons Attribution-Share-Alike License 3.0. 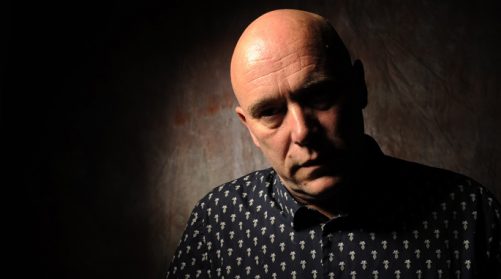 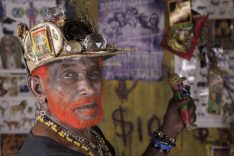 Lee ‘Scratch’ Perry has collaborated with a number of electronic…